Statute of Limitations on Canadian Debts 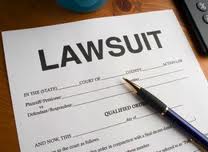 The Federal and Provincial Governments have Limitation Acts which provide a limit on the time an unsecured debt can be perused by legal proceedings. If an unsecured debt is not collected, or payments are not made on the unsecured debt within these time limits, then legal action cannot be taken by the creditor or a collection agency. Only admitting to the debt in writing OR making payments of a debt resets the statute of limitations.

In the event that a judgement has been filed against a consumer, limitations are still set of the time that judgement can be collected.

It is also important to note that limitation can be reset. Limitations begin when a cause of action arises, this is typical the date of last activity or the date of last payment, therefore if you have a bad debt and you start making payments, the statute of limitations resets.

Comments on this article are now closed as too many people where asking questions without actually reading the article.  If you have been contacted by a collector and the debt is past the statute of limitations for your province, a collector cannot legally collect the debt unless: