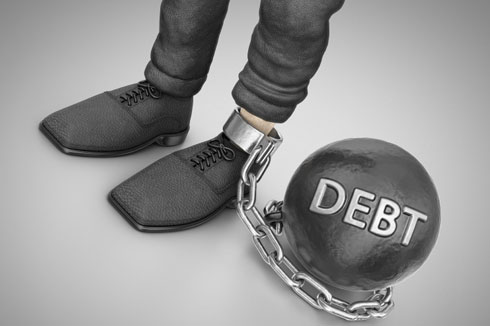 Starting Wednesday July 1, 2015, debt-settlement companies in Ontario face tighter rules and limits on how much they can charge to help protect consumers from unscrupulous debt settlement practices. Ontario’s new rules put an end to upfront payments charged by debt-settlement services, other than a nominal amount, and place limits on the amount that can be charged.. Credit-Collections.ca would not advice consumers use debt settlement companies unless they are in a position that they had too. If a debt settlement is your only option and a debt is NOT older than the statute of limitations, consider speaking to a recognised Bankruptcy trustee that specialises in Consumer Proposals.

Trustee Doug Hoyes says unscrupulous companies that were taking advantages of borrowers in trouble have already closed up shop in anticipation of the new rules taking effect.

However, he says the new regulations set up a possible conflict of interest for collection agencies that will also be able to offer debt settlement services.

“You’re getting a phone call to collect your cellphone bill, and now you feel a lot of pressure because all of a sudden this guy on the phone also says you can deal with your other debts as well. What are you going to do?”

Ontario announced in 2013 that it would join provinces like Alberta, Manitoba and Nova Scotia in making changes to the rules amid increasing complaints about debt settlement companies including unclear or misleading contracts, high fees and a failure to reduce debts as promised.

The new rules that take effect Wednesday will not impact bankruptcy trustees who are already regulated by Ottawa and covered by federal rules that govern their conduct and what they can charge.

The rules put an end to upfront payments charged by debt settlement services other than a nominal amount and they place limits on the amount that can be charged.

Debtors also get a 10-day cooling off period during which they can cancel a debt settlement services contract with no reason.

“It is important for consumers to still do their due diligence, still do their homework, to do their research and make sure when they do get help that they get help from qualified individuals,” he said.

Trustees are obligated to review all the possible options for clients up to and including a bankruptcy filing.

Bolduc said many of the clients he’s seen in recent years first tried to get help from a debt settlement company before dealing with him.

“They spent a lot of money for no reason,” he said. “Now hopefully maybe they’ll come straight to us or they’ll go straight to reputable credit counselling industry players.”